Josh Hartnett threw up a peace sign while out in NYC on Monday night. He's been soaking up all sorts of activities during the last week in the city, from fun times at the US Open to mingling with models during Fashion's Night Out and putting in some face time at fashion parties. Josh will be taking a break from the social scene to appear on the big screen in a new Western called Gunslinger, which has you guys excited about a Hartnett resurgence. 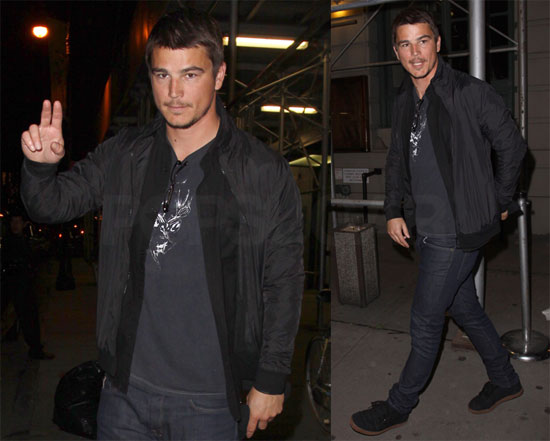