Nikki Reed was fresh off her long press weekend supporting New Moon but got dressed up last night to pose with costar Anna Kendrick at MovieLine's Behind the Camera Awards in LA. They joined adorable couple Joshua Jackson and Diane Kruger, who's back to focusing on film after her fashion-related party earlier in the week. Nikki and Anna were on hand to honor their special effects editor Susan MacLeod, and Diane came out on behalf of Inglourious Basterds producer Lawrence Bender. Joseph Gordon-Levitt and Zooey Deschanel, meanwhile, presented their (500) Days of Summer screenwriters with statues. The event was designed to honor those who labor behind the scenes, but the well-dressed ladies couldn't help but take a little bit of the spotlight. 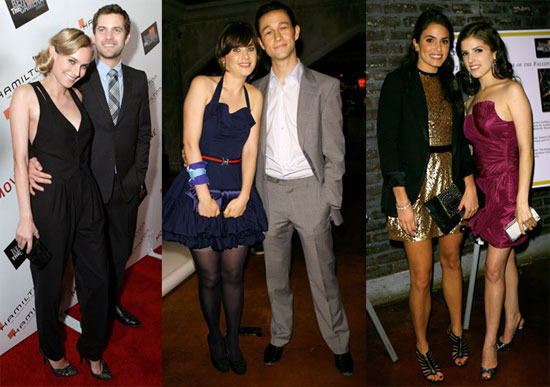