Joshua Jackson was hard at work Monday on the Vancouver set of Fringe. He spent his Summer hiatus appearing at parties and vacationing around the world with Diane Kruger, but now he's filming on locations around his native Canada. Diane's Inglourious Basterds hits screens at the end of August, so hopefully he'll be able to take time off from the series to hit the red carpet at a premiere or two. 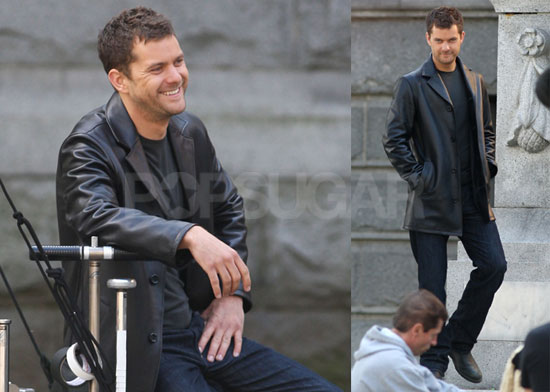