Joshua Jackson was out in NYC on Sunday to represent Fringe at Comic-Con. He signed autographs and posed with his costar John Noble before heading into a panel discussion with the rest of the cast. Josh opened up about how supportive his girlfriend Diane Kruger has been of his career — with one exception. He said, "The only audition my darling girlfriend has ever been upset with me for not getting the role is Captain Kirk. She was like 'Look honey, don’t screw this up. It’s Captain Kirk. It’s a legendary role.'" That part ended up going to Chris Pine, but Josh is doing great with his current prime-time part on FOX. 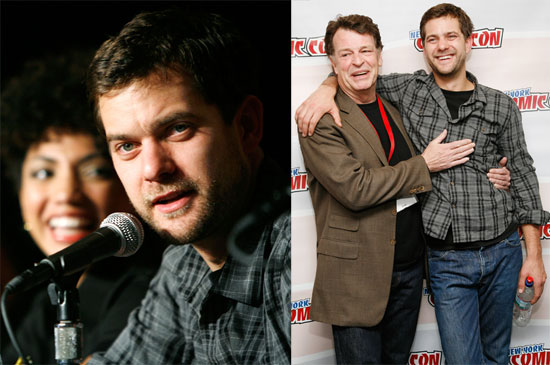 Celebrity News
Yep, Jodie Turner-Smith and Joshua Jackson Are So in Love, They High Five Each Other About It
by Chanel Vargas 4 weeks ago