Joshua Jackson kept warm with a cigar while on the Vancouver set of Fringe on Saturday. The actor is used to the cool weather of his hometown, but he kept a sweater on between takes over what was the Thanksgiving long weekend in Canada. Josh's girlfriend Diane has said that she'd love to guest star on a future episode, but until then we have Star Trek's Leonard Nimoy to keep the cameos exciting. 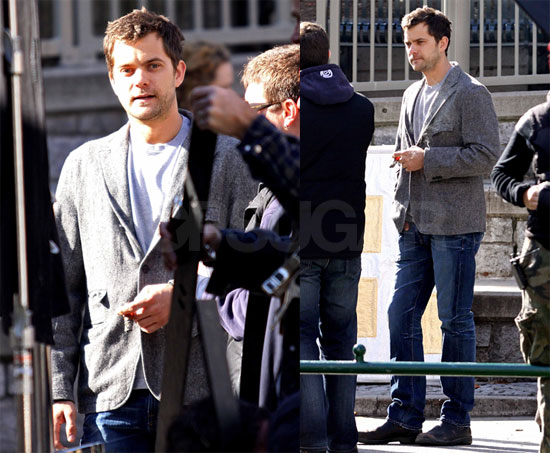 To see more of Josh between takes, just read more.