Jude Law and Sienna Miller joined his parents for a double date to the theater last night before he was seen carrying his own bag and a banana out to the waiting car in London this morning. He recently finished his work promoting Sherlock Holmes but he'll be heading out again soon to start getting Repo Man out there, including a stint hosting SNL next month. Jude has been spending much of his free time with Sienna and while most of you would love to see them give engagement another shot, she's apparently not as eager to gush about it as reported. The UK paper that printed a quote from Sienna about Jude this week has since taken it down and replaced the article with a statement saying, "Sienna has not recently spoken to the press about her and Jude Law." 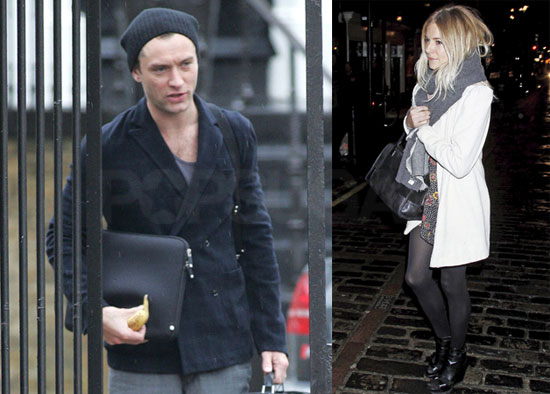