Jude Law playfully stuck his tongue out earlier this week while in NYC with a friend. He was out and about enjoying a break from appearing on Broadway in Hamlet, but it's not as though Jude can really relax. Jude's dealing with the recent birth of daughter Sophia, which the world learned even more about in an interview her mother, Samantha Burke, gave to Hello. Jude is also, meanwhile, having trouble with some female NYU students who have taken to spying on him while he does yoga on his terrace. We're apparently set to learn a whole lot more about Jude's life, as his ex-wife Sadie Frost just signed a book deal to tell all about their marriage. 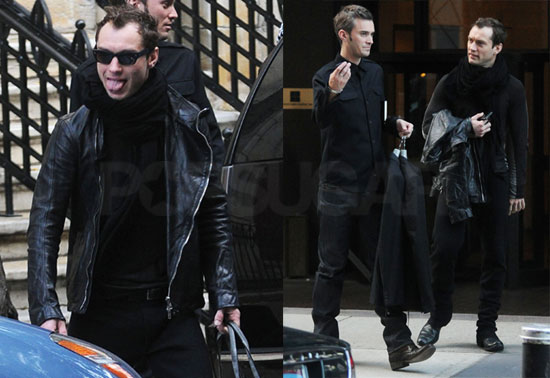