Justin Bieber is currently off on a promotional tour in Manchester, England, and he found a chance to relax last night with Burger King takeout. He was mobbed by fans on his way back to his hotel, which seems like just another day in the life of the 15-year-old "One Less Lonely Girl" singer. He's even scored a gig presenting at this year's Grammys, joining the ranks of Miley Cyrus and the Jonas Brothers. It's quite an honor to be included in the award show, but Justin is everywhere since releasing his album three months ago. So, tell us — are you into all the Justin Bieber hype? 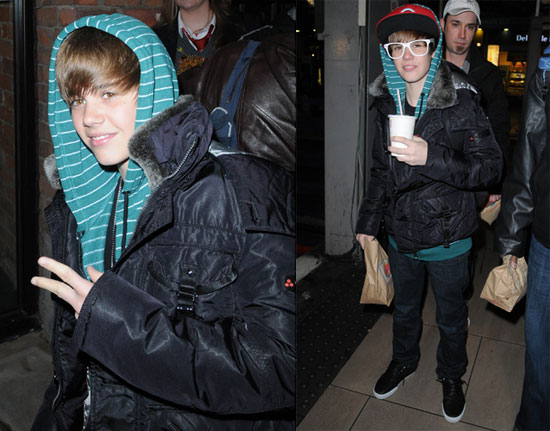 Beauty News
Hailey Bieber Got the Tiniest "J" Tattoo on Her Ring Finger For Her Husband, Justin
by Jessica Harrington 2 days ago