Justin Timberlake rode off on his motorcycle after having lunch with Bryan Singer at Cafe Med in LA yesterday. His meeting with the director apparently raised some eyebrows, especially since Bryan just confirmed he'll be working on a big-screen version of Battlestar Galactica. JT's got a few other movie projects to focus on while jet-setting between his homes in Hollywood and NYC, though one place he apparently won't be living is Greenwich, CT, despite rumors he'd bought another house there. 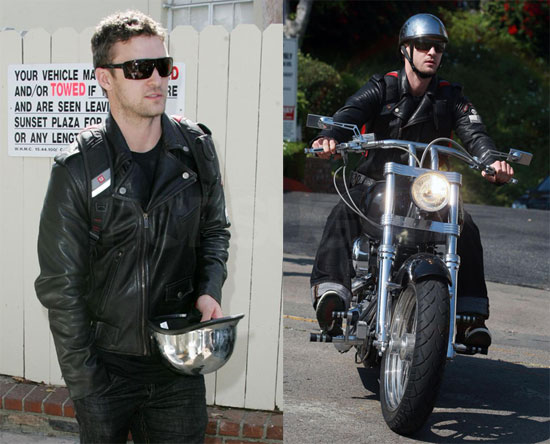 To see more of JT on his bike just read more.