Justin Timberlake joined friends for a round of golf in LA yesterday afternoon. He's enjoying some downtime after dealing with some recent stalker drama and before he gets down to work on The Social Network, which started filming this week in Maryland. JT might have another movie project coming down the pipeline — he's apparently negotiating for a role in an upcoming animated Yogi Bear flick that's also set to star Anna Faris and Dan Aykroyd. 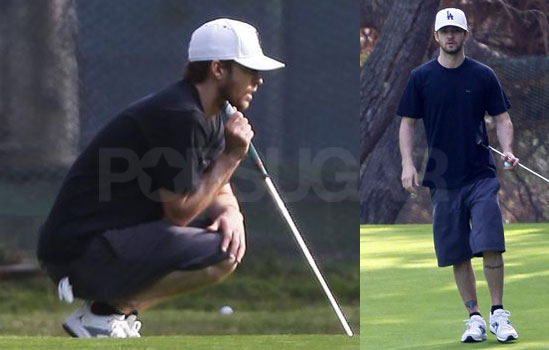 For more photos of Justin on the course, just read more.