Justin Timberlake was at Selfridges in London yesterday to present his Fall 2009 William Rast collection alongside his BFF and business partner, Trace Ayala. JT's working his way into fashion's inner circle after hosting this year's Costume Institute Gala and appearing at the CFDA Awards, and he soaked up more love on the runway after the crowd viewed his latest creations. He's in designer mode only temporarily though, as he's rumored to be staging a string of Michael Jackson tribute concerts that you guys seem ambivalent about seeing. 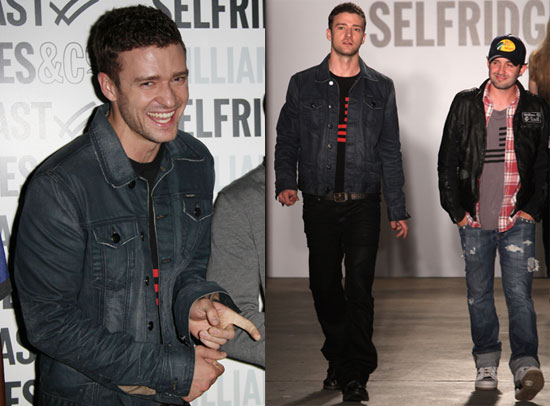