Kate Bosworth tried to keep the sun out of her eyes yesterday while walking her dog in LA. She was up and at 'em despite a late night on Sunday, when she hit the Hollywood Bowl for a Jenny Lewis concert alongside Reese, Jake, JT, and Jessica Biel. Her own plus one, James Rousseau, wasn't on hand for the outing but hopefully he's back by Kate's side in no time. 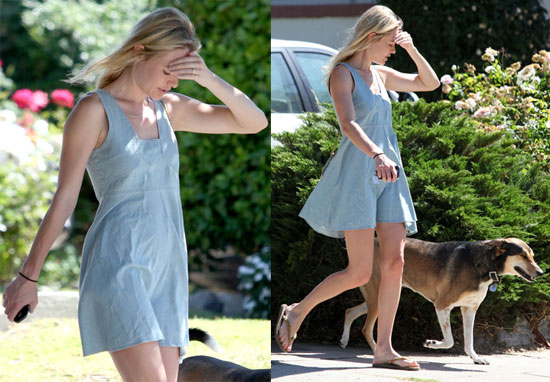 Kate Bosworth
Yes, We Do Need a Sweatshirt Adorned With an Amanda Gorman Quote, Thanks!
by Perri Konecky 3 weeks ago