A trio of Nine stars attended a luncheon to celebrate their movie at Per Se in NYC yesterday. If the rumors of Kate Hudson's recent split with Alex Rodriguez are true, you wouldn't know it from the big smile on her face. Nicole Kidman also stuck with pants for the afternoon together while Marion Cotillard wore a form-flattering dress. Different groups of the movie's many actresses have been attending premieres — Penelope, Fergie and Nicole in LA, Kate joining up but no Fergie in London so we'll see which stars make it to tomorrow night's New York screening. Nine struck it big with the Critics' Choice Award nominations but all eyes are on this morning's big show Golden Globes announcement. 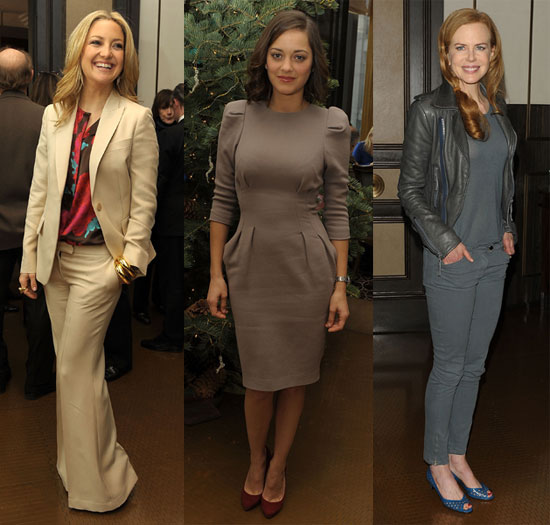 To see more from the event including Anna Wintour, Martha Stewart, Daniel Day-Lewis and others, just read more.