Kate Hudson brought Ryder out in Santa Monica last night to take in a performance from Cirque du Soleil. Despite Kate's hectic schedule promoting Nine, she's had lots of time to spend with her son during their trip to California. Alex Rodriguez, though, was the guy by Kate's side on Sunday at the American Music Awards. The duo was joined by Fergie and Nicole Kidman, two of Kate's costars in the film. Kate's silver dress attracted a fair share of attention at the awards, but it's her glitzy jewels stealing the show in Nine. 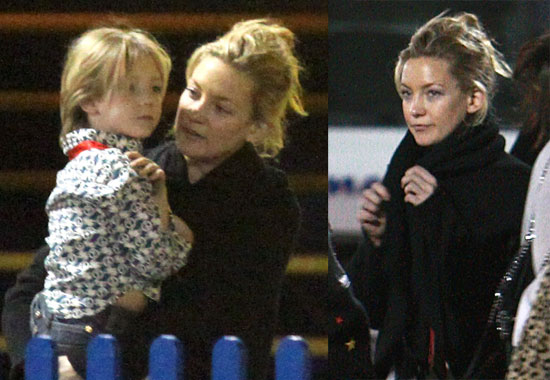 For more photos of Kate and Ryder just read more.