Kate Moss and Lily Allen spent their weekend lounging on a yacht in St. Tropez in their bikinis. Jamie Hince was around last week, but he missed these afternoons in the sun where the girls were joined on deck by their vacation companion, Karen Mulder's pal Jean-Yves Le Fur. While Kate's enjoying some fun in France, there's more going on with her career back in London. Simon Fuller bought a majority stake in her modeling agency, Storm — which makes for an interesting twist on her future plans with Simon Cowell. 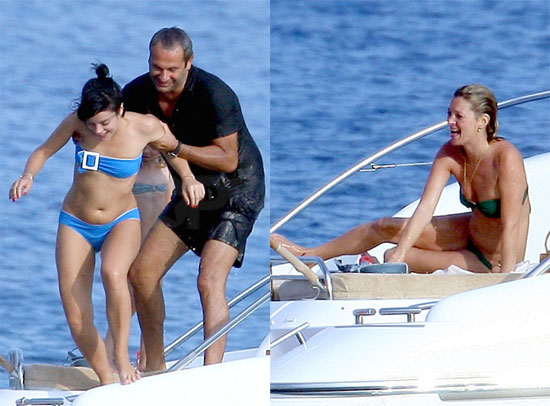 To see more of Kate and Lily just read more.