The 2009 Oscar nominees got to mix and mingle with their competition at the annual luncheon thrown in their honor in Beverly Hills earlier today. Brad and Angelina sat this one out, but Kate Winslet, Penelope Cruz, Robert Downey Jr., and lots of others were happy to come out and pose in front of the the big golden statue. Anne Hathaway revealed that her big date to the event will be her dad, and she is even hoping to score extra tickets for her mother and brother. In just a few weeks this group will be separated into winners and those who are just happy to be nominated, but for now they all seem to be enjoying the honor of being recognized for their hard work. 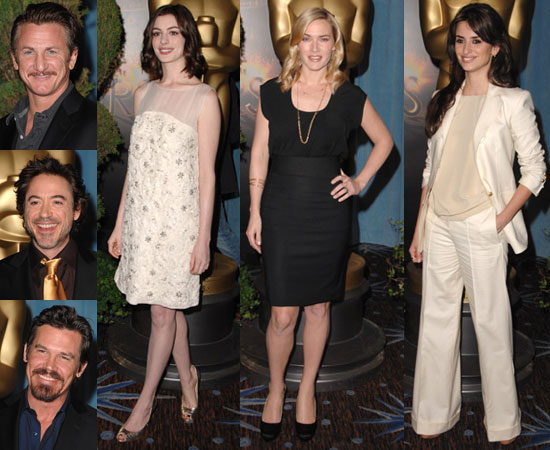