Kate Winslet looked smoking hot premiering one of her two Oscar buzz-earning movies, The Reader in NYC last night. While there was a slight delay due to projection issues, the screening went well and there was certainly nothing wrong with the stars' choice of attire. Despite last month's airbrushing controversy, Kate donned a daring Herve Leger dress alongside her costar Ralph Fiennes. While this movie has some Kate acting buzz, it's nothing compared to her reunion with Leo in Revolutionary Road. While she and DiCaprio have aged a bit, fans everywhere are swooning to see them on screen again. Kate has a few more premieres ahead of her, but it will be hard for her to top this hot little number for the rest of her red carpets. 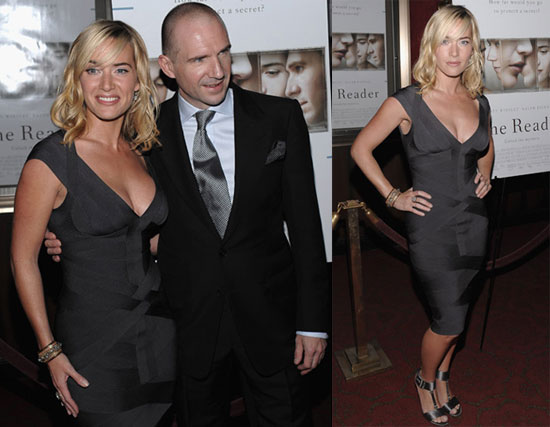