Tom Cruise and Cameron Diaz wrapped up work on Knight and Day in Austria and headed to Seville, Spain, where they spent their Saturday afternoon filming under the watchful eye of director James Mangold. Tom was solo, though, when he stood atop his car last night to meet and greet fans. Meanwhile, Katie slipped on a LBD and joined her fellow Dizzy Feet Foundation organizer Nigel Lythgoe yesterday for their inaugural Celebration of Dance in LA. Katie was reunited with the So You Think You Can Dance judge after her July appearance on his show, and she opened up at the event about her husband making a cameo. When asked if Tom would do a good job critiquing the dancers, Katie said, "He would be great. . . He really would." 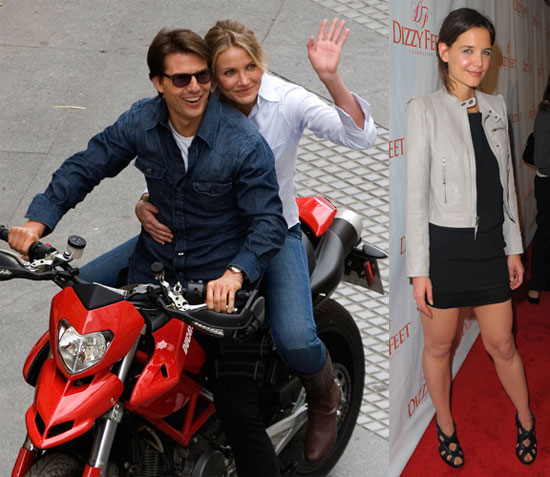