Katie Holmes flashed a big smile while filming Don't Be Afraid of the Dark with Guy Pearce and a young costar in Melbourne yesterday. Despite rumors that one of Katie's next projects would be the Sex and the City sequel, her rep was quick to shoot down the possibility. You guys have mixed feelings about seeing Katie's BFF Posh take a role, but it seems like Carrie Bradshaw's return to the big screen will involve celeb cameos in one way or another. 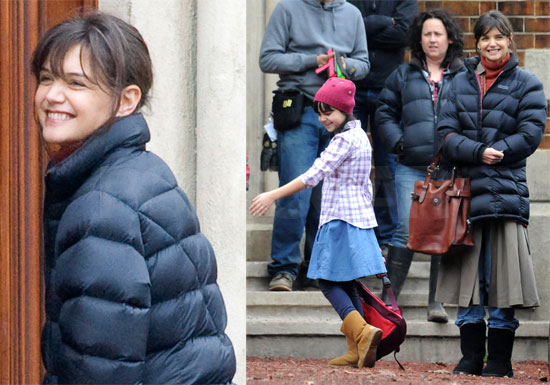 Katie Holmes
Katie Holmes Was Attempting a Different Kind of Sexy With THAT Cashmere Bra, and Honestly, I Can Relate
by Hannah Weil McKinley 3/11/20