Kellan Lutz and AnnaLynne McCord made their way through LAX separately on Friday after arriving back from NYC. The low-key couple had traveled to the East Coast in order to take in the Fall Fashion Week fun, with a Calvin Klein show for Kellan and a variety of presentations for AnnaLynne. AnnaLynne was quiet when it came to discussing her plans to see Kellan, but the two made a rare public appearance at a CK bash with Kate Bosworth and the newly-single Ryan Phillippe. They followed that up with a night of dancing at Avenue, where they were spotted dancing and kissing by the bar for all to see. 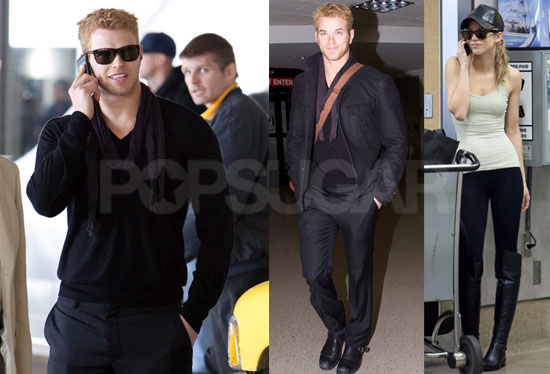 To see more of Kellan and AnnaLynne, just read more.