Nikki Reed and Kellan Lutz posed together in Fall tones for Nylon magazine. The on-screen couple looks adorable side-by-side, but in real life Nikki's happy with her boyfriend Paris Latsis and Kellan has been getting close with AnnaLynne McCord. Nikki and Kellan opened up to the magazine about their crazy lives in the wake of Twilight's success and what they do to get away from it all. Here's more: 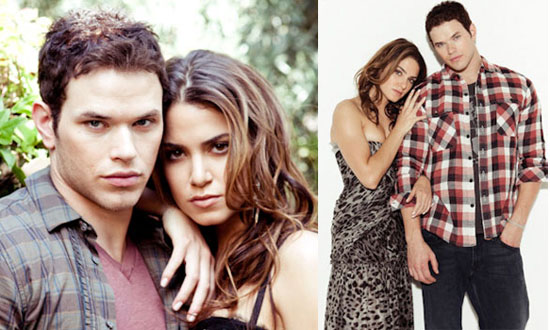