Kim Kardashian and Reggie Bush cuddled close last night as they shared an umbrella on their way out of Ralph Lauren in Beverly Hills — get her look here. After hopping back in their SUV the pair headed over to Kris Kardashian and Bruce Jenner's house for a family dinner, though Kourtney Kardashian, Scott Disick and baby Mason were absent from the get-together. Scott's been taking a lot of heat from the media lately, but Kim recently spoke up about his relationship with her sister saying, "He's always at home helping Kourtney . . . It has for sure brought them closer." Looks like Reggie and Kim's relationship is stronger than ever and though they're not engaged yet it seems most of you wouldn't be surprised if it were to happen soon. 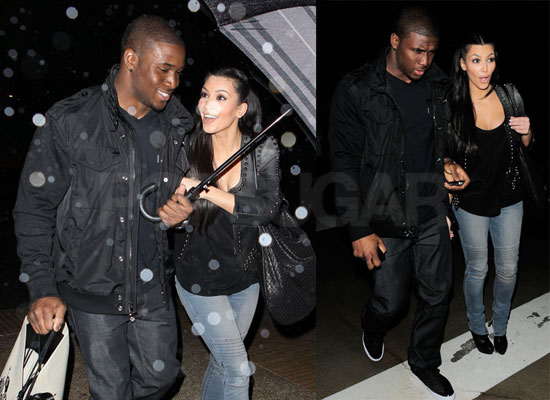 Halloween
Who Wore It Better? Lizzo as a "Sleep Paralysis Demon" or Kim Kardashian at the Met Gala?
by Chanel Vargas 11/02 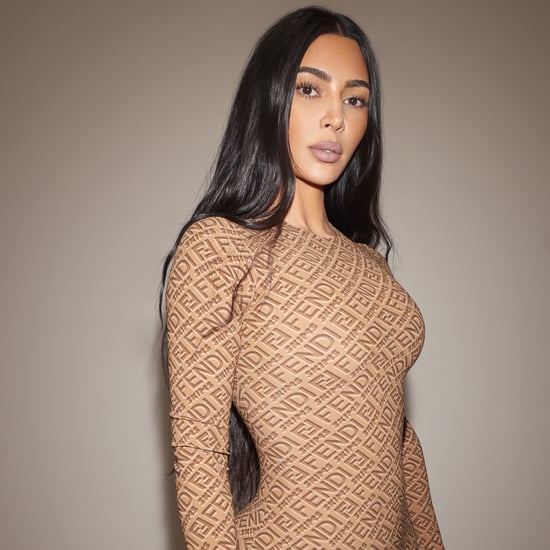 Fashion News
Missed Out on Fendi x Skims? Kim Kardashian's Got Your Back With Drop 2
by Sarah Wasilak 2 days ago