Kim Kardashian gave the fans at the Sony Ericsson Tennis Tournament a fun sighting yesterday when she officiated the coin toss before a match. She met the players at center court wearing sky-high Christian Louboutins and another signature blazer before taking her seat next to Kris Jenner to watch. Newly single Kim has been spending lots of girl time with Kourtney — from bikini time on a yacht to public appearances — and with even more female Kardashians in Miami, hopefully there won't be any more tears. Kim's also been sharing lots of photos on Twitter lately but the site caused a little drama over the weekend when she got a slap on the wrist from Demi Moore over her recent choice of words. 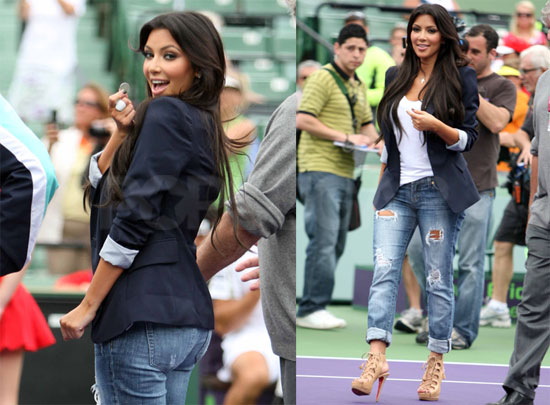