Kirsten Dunst headed to Miami and away from her scary stalker drama earlier this week. She and her friends checked out Art Basel Miami before strolling along South Beach, joined by Kirsten's ex-boyfriend Matt Creed, who has also been hanging out with Mary-Kate Olsen in Florida this week. Unfortunately, the two starlets even got into an argument at a party during the festival before Dunst failed at an attempt to flirt with Tom Brady. As usual there are lots of guys floating around Kirsten and she's recently been linked to Jacob Soboroff, her voting buddy and documentary co-producer. 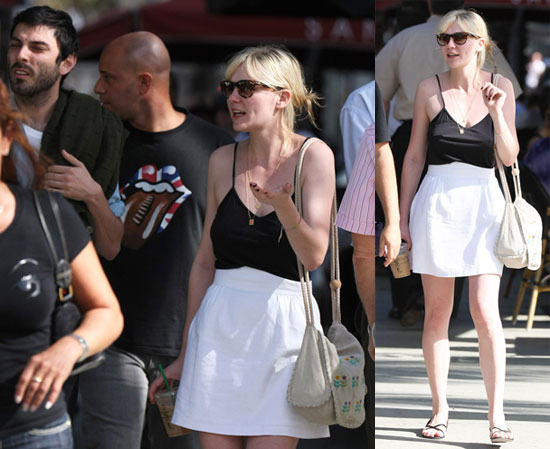 Kirsten Dunst
Kirsten Dunst and Jesse Plemons's Son Is Such a Cutie Pie — and Already a World Traveler!
by Emily Weaver 2/19/21