Kirsten Dunst balanced her many bags on her way out of LAX on Thursday. She's off on a trip after spending some time at her LA home, where she accidentally tripped a silent alarm earlier this week. Fortunately there was no emergency, leaving Kirsten able to focus on her film endeavors. Her upcoming Spiderman 4 is in its second round of rewrites and the studio has apparently hired people to work on scripts for the fifth and sixth films in the popular franchise. 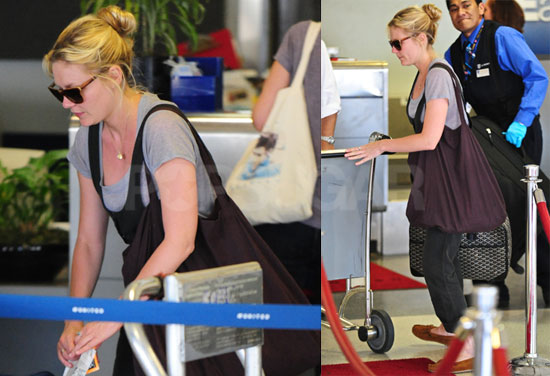 Kirsten Dunst
Kirsten Dunst and Jesse Plemons's Son Is Such a Cutie Pie — and Already a World Traveler!
by Emily Weaver 2 weeks ago