Kristen Stewart and Dakota Fanning chatted behind the scenes of The Runaways yesterday. The girls have been hard at work for almost two months in LA, which isn't too far from the San Diego location of Comic-Con. Kristen will be heading there this afternoon to take the stage alongside Rob, who made his way to California last night, and the rest of the Twilight cast. We'll be there too, so make sure to stay tuned for reports on all the action. 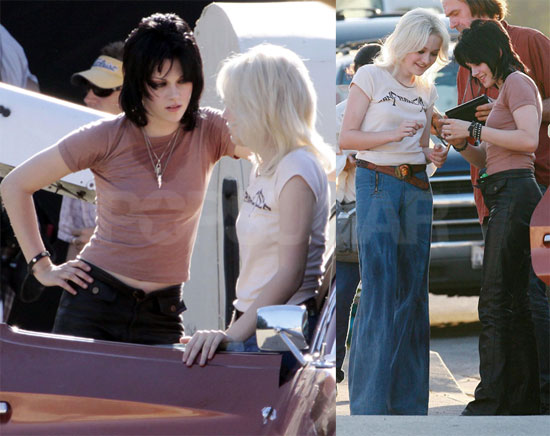