Kristen Stewart and Dakota Fanning filmed through the weekend on the set of The Runaways in LA. The girls wore matching shirts with their band and character names on them along with some high-waisted pants. Just like Robert Pattinson, Kristen is about to be translated into graphic form when Twilight becomes a comic book and if that one works out — which I'm guessing it will — Dakota's Jane will make her appearance when New Moon follows suit. 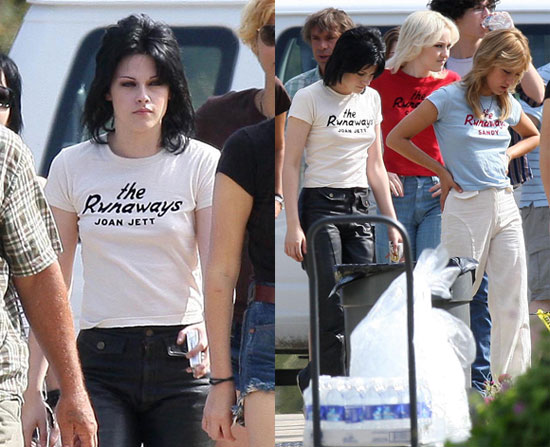