Kristen Stewart got a little support from a guy friend last night on her way out of La Vida in LA. She joined her pals for a Haiti benefit at the newly opened restaurant, as she lends her help to the cause that Robert Pattinson supported through George Clooney's telethon. It was a rare public night out for the Twilight actress, who also spent the evening in heels! Robert is off in London getting to work on Bel Ami, so it looks like they'll be apart on Valentine's Day. Kristen and Rob, nonetheless, are still one of the top 10 couples who make us love love. As Kristen gears up for the release of The Runaways in March, Rob's starting promotion for Remember Me with a steamy spread in Details — make sure to check it out! 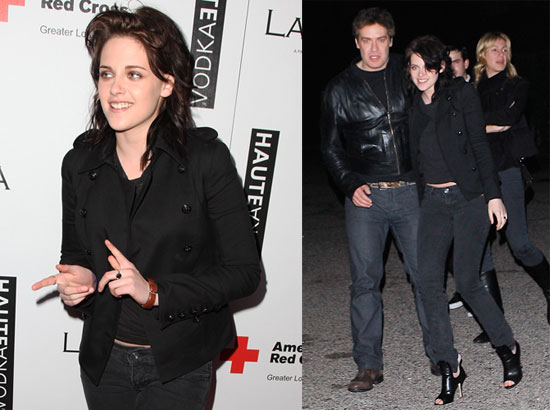