Kristen Stewart and Taylor Lautner were back on the set of New Moon on Tuesday. While Kristen enjoyed a fun outing with her boyfriend the day before, she was all on her own to face the chilly Vancouver temperatures while filming. Even Taylor's newly-acquired muscles were no match for the cold, bundling up in his jacket between takes. Resident heartthrob Robert Pattinson was nowhere to be seen, but if the cast starts missing him at least there's always Pocket Edward. 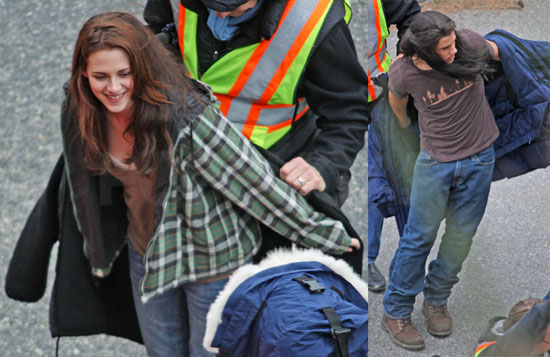 To see lots more from the set just read more.