Lauren Conrad and Audrina Patridge put their rekindled friendship on display as they filmed a scene for The Hills before Lauren was off to her real-life romance with Kyle Howard yesterday and later out to Deluxe. They looked like they were having fun together as Audrina showed off her bikini body when she tried on a bathing suit. There are only two more episodes of the show this season, but luckily season five is on its way. While we wait, maybe there will be some new drama to fuel the blogs as we watch Whitney head off to The City. 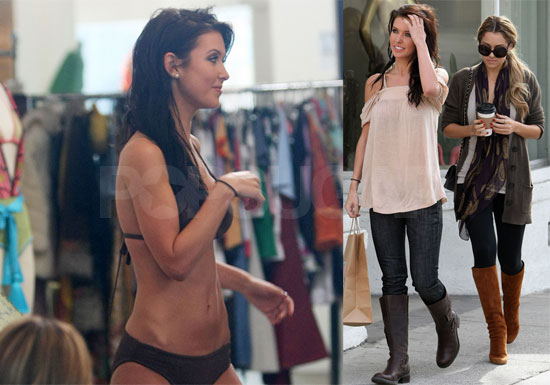 by Kristin Harris 22 hours ago