After the drama-filled Friday, the girls of The Hills spent most of the weekend apart. ICYMI, at the end of last week the rumor got out that LC hooked up with Justin Bobby and while most of you didn't think Lauren would do that, Audrina wasn't too sure prompting LC to deny it on her blog and call out Audrina for not trusting her. Whew, never a dull moment. Later that afternoon, Audrina met up with Heidi for coffee while Lauren was spotted out with her father on Sunday. Nothing like a little family time to get your mind off a stressful weekend, though maybe the girls have reconciled by now. We'll be back in the thick of things tonight for another new episode of The Hills, where it looks like Heidi is reaching out to Lauren again, should be interesting. 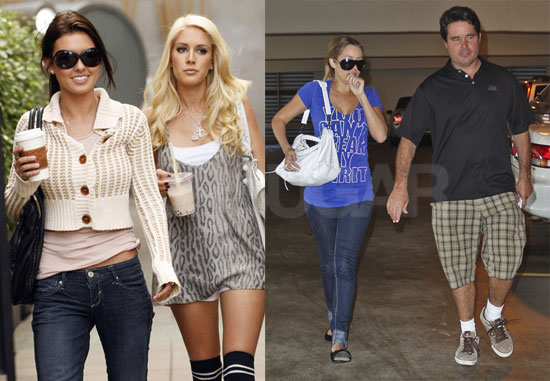 Lots more of Heidi, Audrina and LC so read more.