A bunch of celebs took a break from the typical Hollywood nightlife to go retro at the Pepsi Throwback at World on Wheels roller skating party in LA last night. Lauren Conrad skated carefully and even took photos for her Twitter while her pals Lo Bosworth and Stephanie Pratt wiped out a few times. Kim Kardashian really got into the roller disco spirit, showing off the body she's so proud of in leggings along with her sister Khloe. All in all it looks like there were more smiles than spills throughout the night. 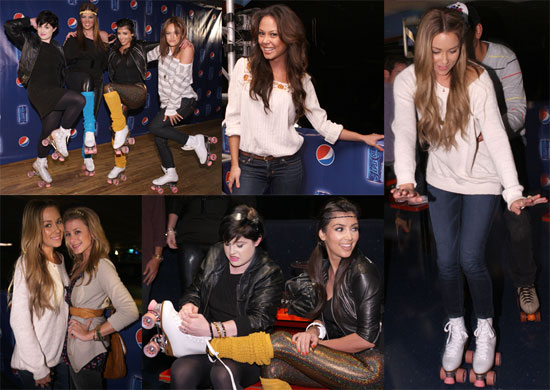 More of all the kids having a blast in the rink, so just read more.