Lauren Conrad chatted on her BlackBerry last night as she headed into dinner at BOA Steakhouse in LA. She's home again after another stint on the road promoting Sweet Little Lies, but LC's not done thinking about her second book just yet. She's long planned to turn her first literary effort, LA Candy, into a film, but she's apparently combining what will eventually be three novels into one movie. While she focuses on the cinema, things on the small screen are moving right ahead with her old friends on The Hills. Ryan Cabrera will join the cast as Audrina Patridge's love interest, even though you guys don't seem too interested. 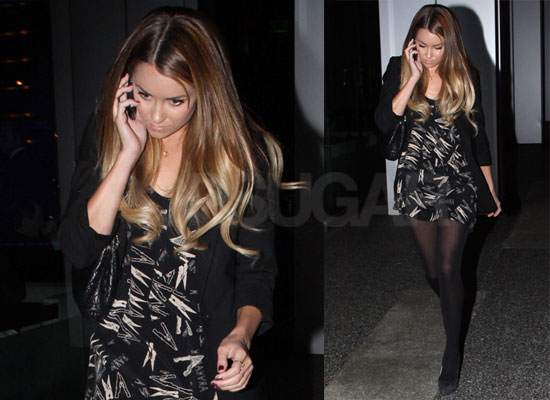