Leonardo DiCaprio had Bar Refaeli by his side for a visit to a Ducati dealership in LA yesterday. He's a fan of all sorts of eco-friendly transportation, from his bicycle to his Prius, and his environmentalism earned him the first Big Green Help blimp at the Kids' Choice Awards on Saturday. As he continues his activism, his newly married ex Gisele opened up about admiring his environmental work in her steamy Vanity Fair spread. Leo's moving on with his latest lady love, Bar, who was sporting a ring of her own on a rather suspicious finger. 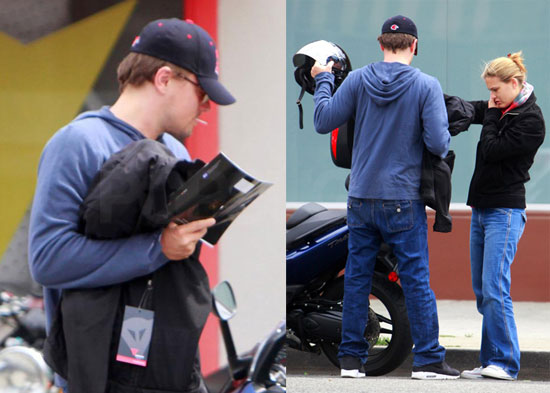 Bar RefaeliLeonardo DiCaprio
Around The Web