Leonardo DiCaprio and Ellen Page were hard at work on the set of Inception in LA yesterday, though this time they skipped out on the formal wear. When he's not shooting, Leo has been keeping his social life typically busy. He was reportedly spotted hitting the dance floor with Melrose Place's Katie Cassidy as rumors simultaneously circulated — and were quickly denied — that he might be involved with Whitney Port. Whoever he's getting cozy with, Leo's not lacking for companionship whether it's a bevy of bombshells or a furry friend. 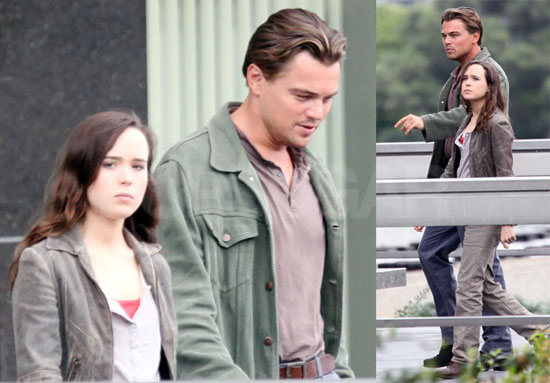 For more photos from the set just read more.

Leonardo DiCaprioElliot Page
Around The Web