Leonardo DiCaprio loosened up his collar on the Paris set of Inception Thursday, looking happy after his long week of work. He's focused on his current project, but Leo's also dealing with his future and past films — Shutter Island's release has been pushed back from October to next February. Also, his production company just signed Twilight director Catherine Hardwicke to get behind the camera on their upcoming The Girl With the Red Riding Hood. The remake of the classic story will also feature an angsty teenage love story, which sounds like familiar territory for Catherine. 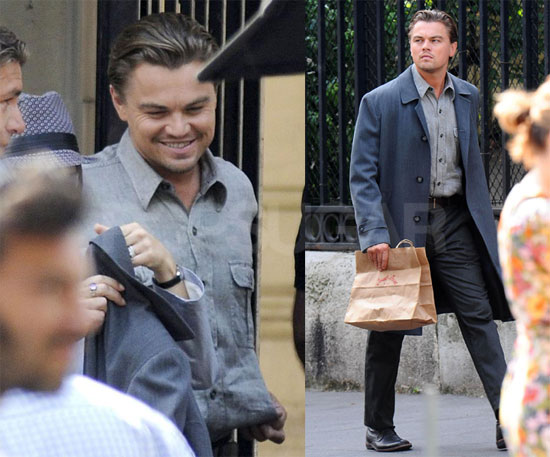 To see more of Leo on set, just read more.