Handsome Leonardo DiCaprio is looking cool as ever, with a glowing tan, slicked back hair and drink in hand on the March cover of Esquire. The actor's next film Shutter Island finally opens next week so he's reflecting on his impressive career and the life lessons he's learned along the way. Most of you think Leo would be the best choice to play Frank Sinatra in the upcoming Martin Scorsese biopic and judging by these photos he looks like he's already practicing for the part. Here's more: 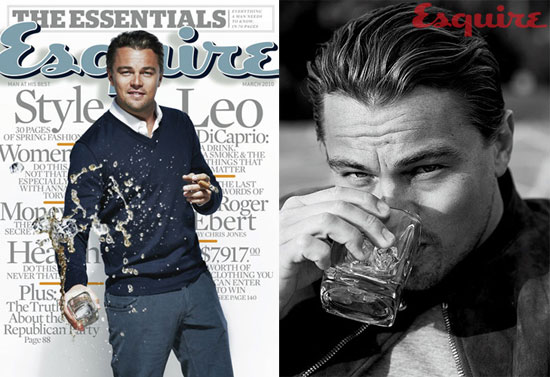 Leonardo DiCaprioEsquire
Around The Web

Celebrity Quotes
BTS Finally Sheds Light on Their Relationship Status: "Our Love Life . . . Is With All the ARMYs"
by Grayson Gilcrease 11/23/20