Lindsay Lohan packed her bags and headed to St. Bart's last week for a long New Year's weekend full of sun, yachts, and bikinis. She brought along her sister Ali and her BFF Patrick for the trip, and they kicked things off with a stroll last Thursday before sitting down for snacks with friends in a purple-lit bar. LL changed from her nautical-print top into her blue sparkly dress to join other celebs like Orlando Bloom, Jay-Z, and Beyonce Knowles at a huge New Year's Eve bash at the Russian billionaire Roman Abramovich's estate — check out what lots of other stars were up to as the clock struck 12! 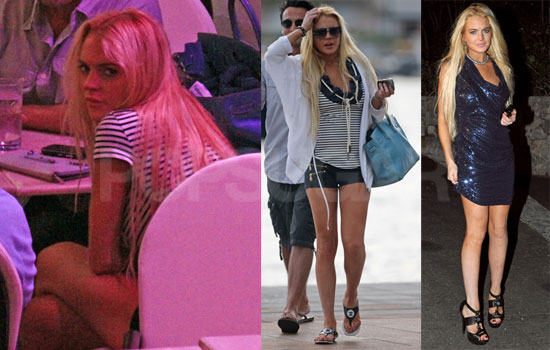 Despite her late night, Lindsay was right back in her two-piece on Friday for more lounging with Ali and Twittering of her resolutions for 2010. The girls went from a theme party on the yacht into the ocean to jet ski, and Saturday brought more of the same except Lindsay sported a black cutout suit for that afternoon in the sun. She was evidently a fan of that black number, since she wore it into town to browse around a variety of boutiques. Lindsay promised more "positive . . . Lohan Mayhem" in the 2010 so perhaps all of last year's and last decade's drama really is history. 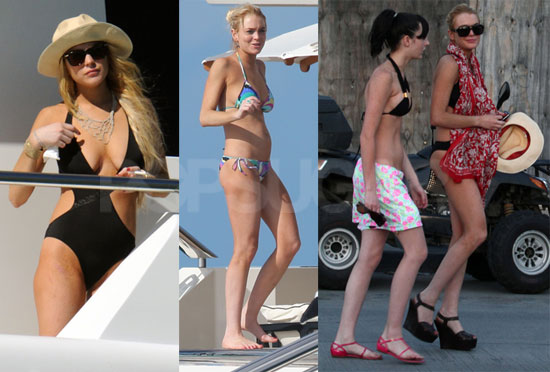 Joey King
Joey King's Birthday Swimsuit 'Gram Is So Cute, Even Taylor Zakhar Perez Had a Few Words to Say
by Yerin Kim 6 days ago

Ashley Graham
Ashley Graham Did a Sizzling Backyard Bikini Shoot, and Her Swimsuits Are So Affordable
by Chanel Vargas 1 week ago