Lindsay Lohan and her sister Ali hit the town in LA last night with a stop at Les Deux. Unfortunately, LL took a tumble on her way out of the club's back door, but she says it was a result of being pushed while wearing heels and not from being intoxicated. It was her second well-documented fall in a week, and all the partying and instability has ignited the latest round of public fighting between her parents. Lindsay's troubles evidently aren't limited to her behavior, though, since she's rumored to also be so broke that she can't pay her rent. 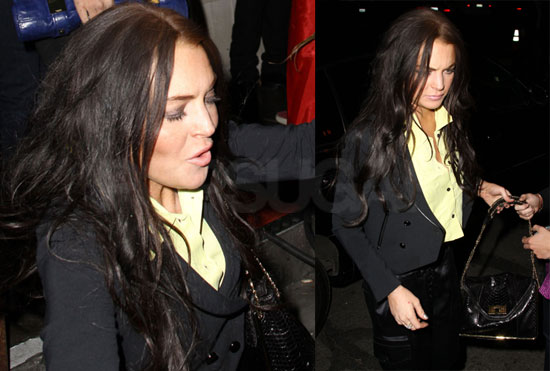