The first Lakers game of the season brought out a particularly star-studded crowd in LA last night. Perennial fans like Jack Nicholson sat alongside some other famous faces, including David Beckham and Sacha Baron Cohen. New members of the team's family, Khloe and Kim Kardashian, were right up front to cheer on Lamar Odom while people wonder how the relationship will affect his play. Charlize Theron and Stuart Townsend also kept an eye on things, but they also snuck in some PDAs. Even Lindsay Lohan came to watch the Lakers defeat the Clippers, though she soon might be India-bound to film a special for the BBC. 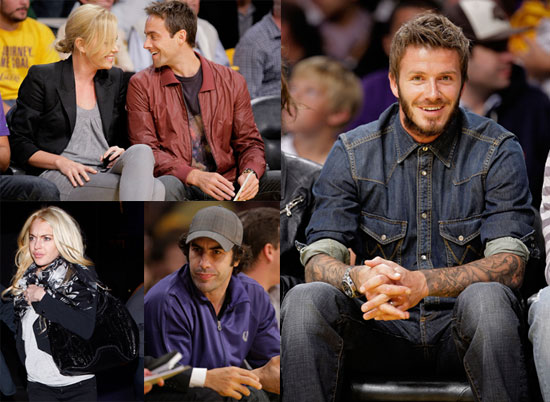