Lindsay Lohan stopped by a salon in LA last night to dye her hair a darker shade of red before meeting up with Samantha, who was fresh off a DJing gig at the Reebok party. Things seem to be going well with Samantha, but Lindsay's also found herself in the middle of another relationship — Justin and Jessica's — after accusing him of cheating last week. The latest rumor is that Lindsay posted the photo of Justin's drunken antics as retaliation for brushing her off when she tried to dance with him. Whatever actually happened that night, Lindsay will have a chance to stir up more drama this weekend when she heads to Vegas to celebrate her 23rd birthday. 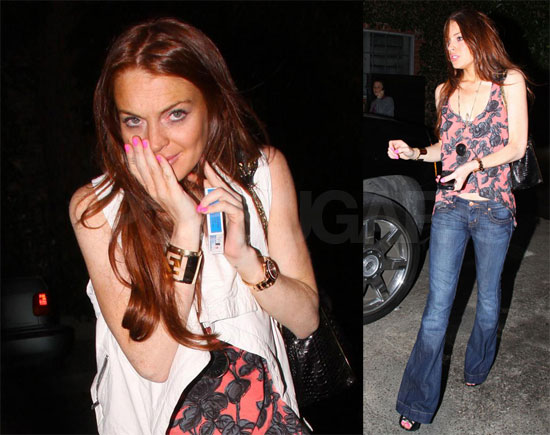 To see more of LL and Sam just read more.