Lindsay Lohan was in bright colors to run errands yesterday afternoon, but she changed into something white for the trip from her house to Samantha's. She's been unusually silent on Twitter, since being robbed over the weekend, but there's one member of the Lohan family who's always game for constant communication. LL's father revealed to the press that he's helping the police investigate the burglary in an attempt to catch the "evildoers." 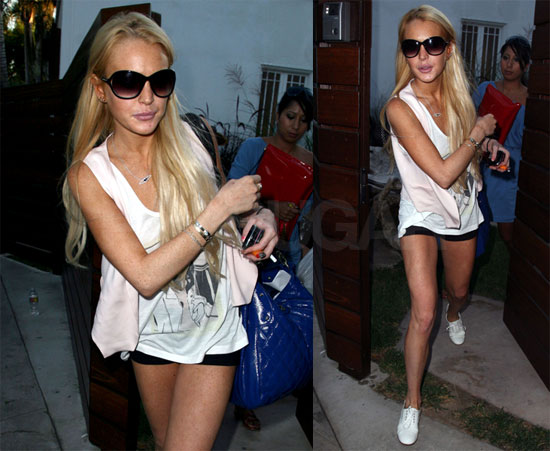