Lindsay Lohan looked happy to be back in LA this weekend after her bikini time in Miami. Noticeably absent from her side was Samantha Ronson after the two had yet another huge blowout fight in Florida. Things apparently got heated at Mansion on New Year's Eve and their screaming match continued when they got back to their hotels, where a source saw the couple punching each other in the hallway. They supposedly also trashed their hotel room during the ruckus. The next day, LL and Sam moved their argument to the airport on the way back home to LA. You guys agree that a breakup is likely to happen for the girls this year and from the way it sounds Lindsay may be starting the new year as a single lady. 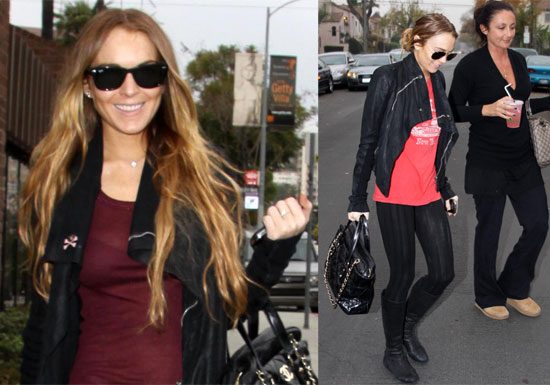 To shop Lindsay's look, click here and to see more photos of Lindsay out and about just read more.