Lindsay Lohan went to a friend's house in LA on Friday night before stopping by the Treesje launch at Kitson on Saturday. Over the weekend she all but confirmed her new role in Machete, after the movie's director said he had a good part for LL. Lindsay's Twitter linked to the film's IMDB page and she said the movie was worth her recent dye job, so it sounds like the actress is pumped for yet another chance to return to the big screen. 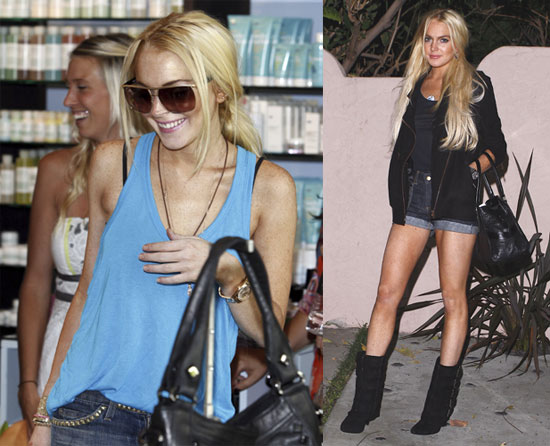 To see more of LL out and about LA just read more.