Lindsay Lohan and Leonardo DiCaprio were together for a bash at the baseball player Brian Wilson's house in LA last night. The frequent party pals were also with friends like Jayde Nicole and Kevin Connolly, who was romantically linked to LL earlier this month. Their group moved on to an afterparty at Voyeur, where Leonardo apparently made a new blond friend before he headed home. Leo was recently rumored to be back together with Bar Refaeli, but it seems like Leo isn't one to shy away from the company of multiple women. 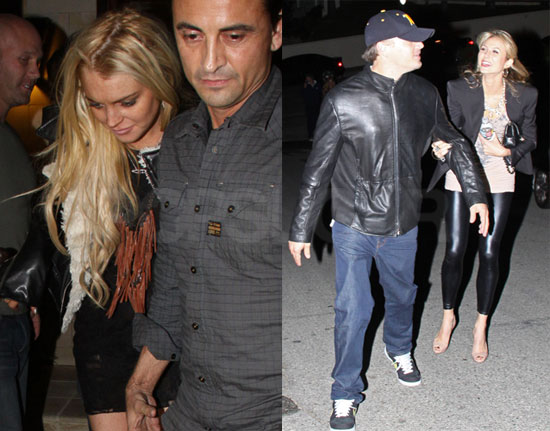 To see more of LL and Leo, just read more.