Lindsay Lohan headed to Vegas this weekend for the opening of Peepshow at Planet Hollywood on Saturday. Showing lots of skin in her low-cut black dress, Lindsay posed with Mel B, who stars in the burlesque show. During their girl talk, Lindsay apparently revealed that she's interested in men again, and was spotted flirting with Leonardo in LA last week. LL may have been just a spectator in Vegas this time, but that could change in the future — apparently she thinks she'd be a great addition to the show when Kelly Monaco leaves in a few months. 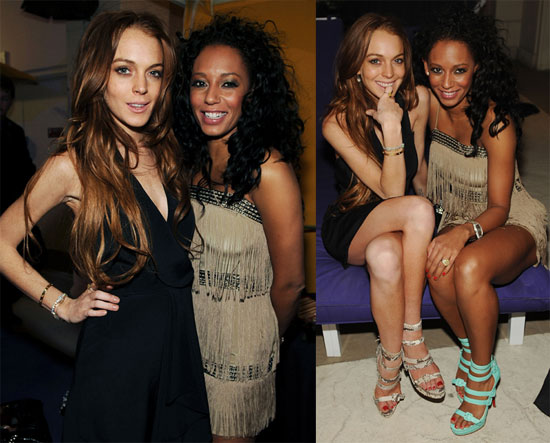