After meeting Samantha in San Francisco for her Friday night gig, Lindsay Lohan returned to LA on Saturday while her girl was back in Canada for another show. Even solo, Lindsay still had a smile for the photographers as she left Mr. Chow. While Lindsay's spirits seem to be high, her little sister is having a rough go of it. After stories surfaced that Ali was meeting with Johnny Wright, the famous music producer slammed the rumors as false saying he has no intentions to meet or work with Ali. At least that's still better than Michael Lohan, who will be boxing for charity against the highest bidder. The Lohans always have a headline somehow, but at least it's been a long time since Lindsay's been the one causing trouble. 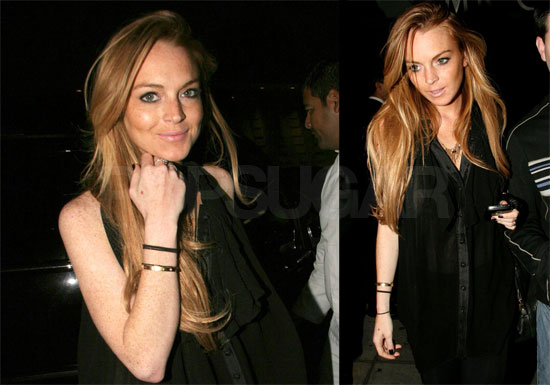