Lindsay Lohan spent yesterday afternoon at a holiday party for her legging line, 6126, and was spotted out later that night with a blazer over her long sleeved dress and torn tights. LL is fresh off her trip to India to film a special about child trafficking and also recently launched a charity effort with her family. While she was out taking care of her business, Lindsay was a no-show at court where a judge ordered that she start attending her weekly alcohol education classes again. Thankfully she's stayed out of trouble recently, but the starlet was still one of the most talked about of the year, and her former drama even earned her a place in our decade retrospective video. 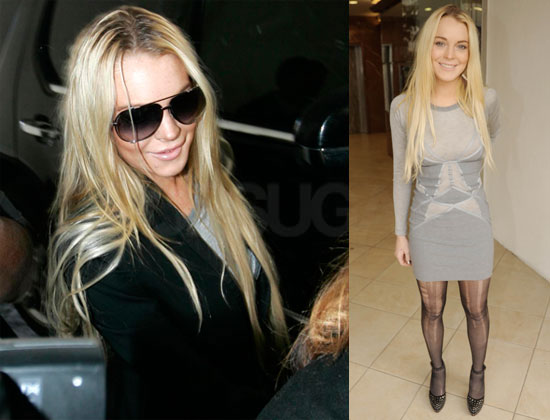