Lindsay Lohan arrived at LAX last night following her trip to Morocco. After a quick wardrobe change, she and a friend headed out to club Voyeur. LL evidently needs to let off some steam, considering the recent drama of her dad Michael leaking a recording of LL in an emotional state. Another tape was also just released, in which her mom Dina joined Michael in discussing the need to get Lindsay to rehab in the Fall of last year. Lindsay took to Twitter yesterday to share her displeasure with Michael's actions and revealed some dirt on him — for example, that he threatened her mother and would leave their family for days while battling his own drug issues. Lindsay's public battles with Michael have been going on for years, and unfortunately it doesn't seem like an end is in sight for the Lohans' troubles. 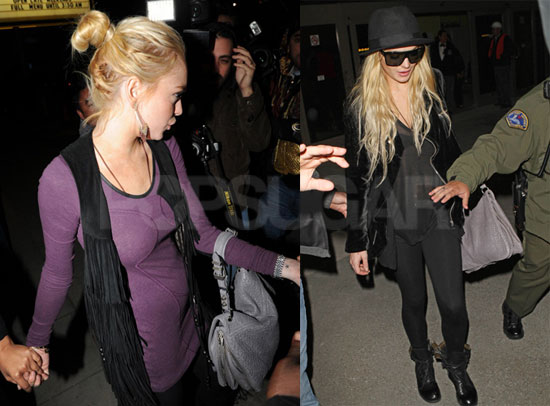