Lindsay Lohan and her other half, Samantha Ronson, checked out the local Tokyo club scene last night, hitting up Le Baron De Paris where Samantha DJed after Charlotte's fashion show. While the girls are across the globe, Lindsay Lohan is back on Ugly Betty tonight, and this time she's infiltrating Mode. Don't get too attached to seeing LL on the show, however, since her six episode guest starring gig was cut down to four. The reasons for the change vary depending on who you ask — some say Lindsay was a self-obsessed diva on set and trashed her dressing room, while another side cites an embarrassing pantsing incident and yet another simply says that America Ferrera didn't like Lohan. Whatever the reason, both actresses reps are playing nice, and if anything, it'll get more eyes watching the show when Lindsay returns tonight. 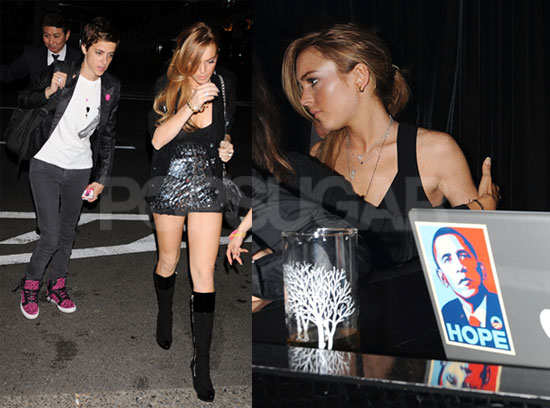